🦠A CLI tool to fetch and compare data about the 2019 coronavirus pandemic.

Kovid is a small CLI app to fetch data surrounding the coronavirus pandemic of 2019. I found myself checking Wikipedia constantly for information and since I work mostly in the terminal, like most of you, I thought I'd build this to put the data right at our fingertips.

Based on the "CLI Utilities" category

Do you think we are missing an alternative of 🦠 Kovid or a related project?

If you're looking to consume this in your Ruby-based application, you might want to check Sarskov out. Sarskov returns statistics in a JSON format.

Kovid is a small CLI app to fetch data surrounding the coronavirus pandemic of 2019. I found myself checking Wikipedia constantly for information so I thought I'd build this to provide info directly in the terminal. It's where some of us spend time more.

It's recommended you update often with gem update kovid.

You can run kovid --help to see the full list of available commands.

You can get continental information with the following commands:

You can fetch US state-specific data:

You can fetch province specific data:

Where FOO and BAR are different countries.

You can compare US states with:

You can compare provicnes with:

kovid histogram COUNTRY M.YY (draws a histogram of cases in the given month M and years YY) (If the histogram appears messy, you might want to resize your window.)

To fetch basic data on a country run: 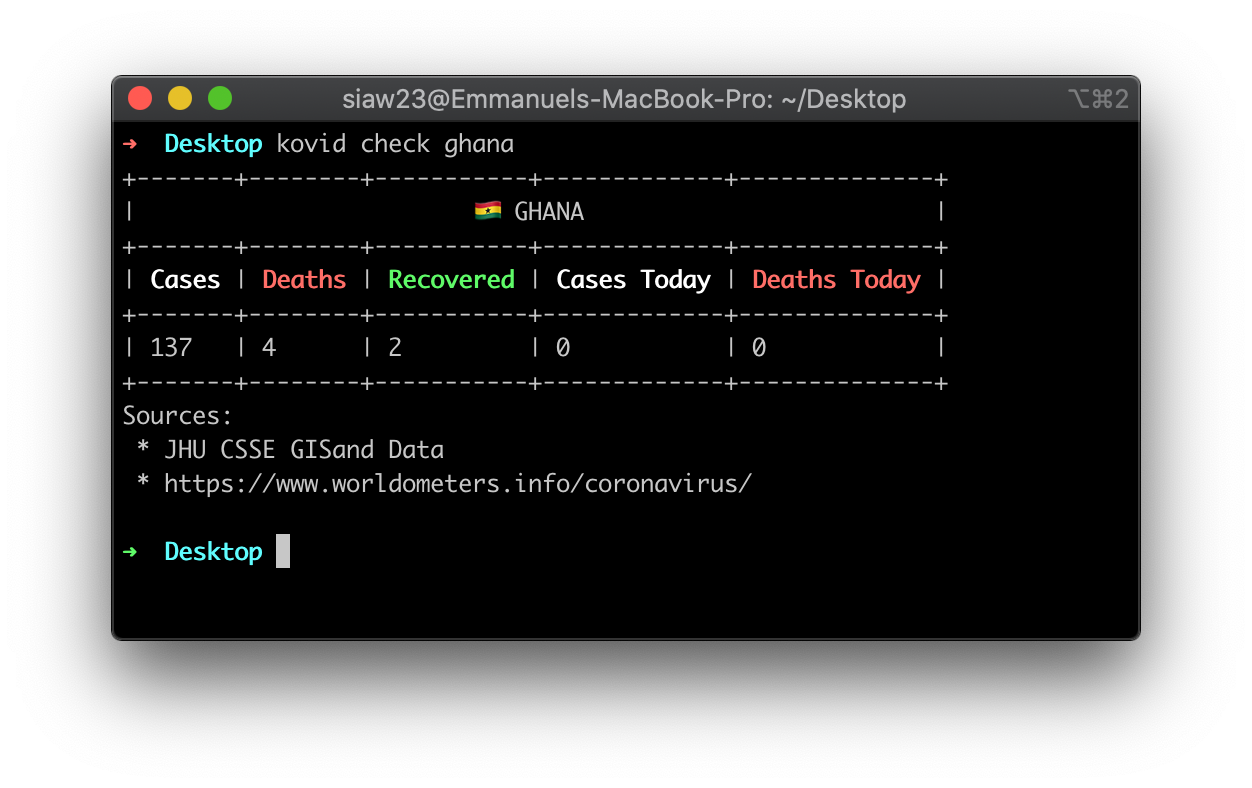 For full table info on a country: 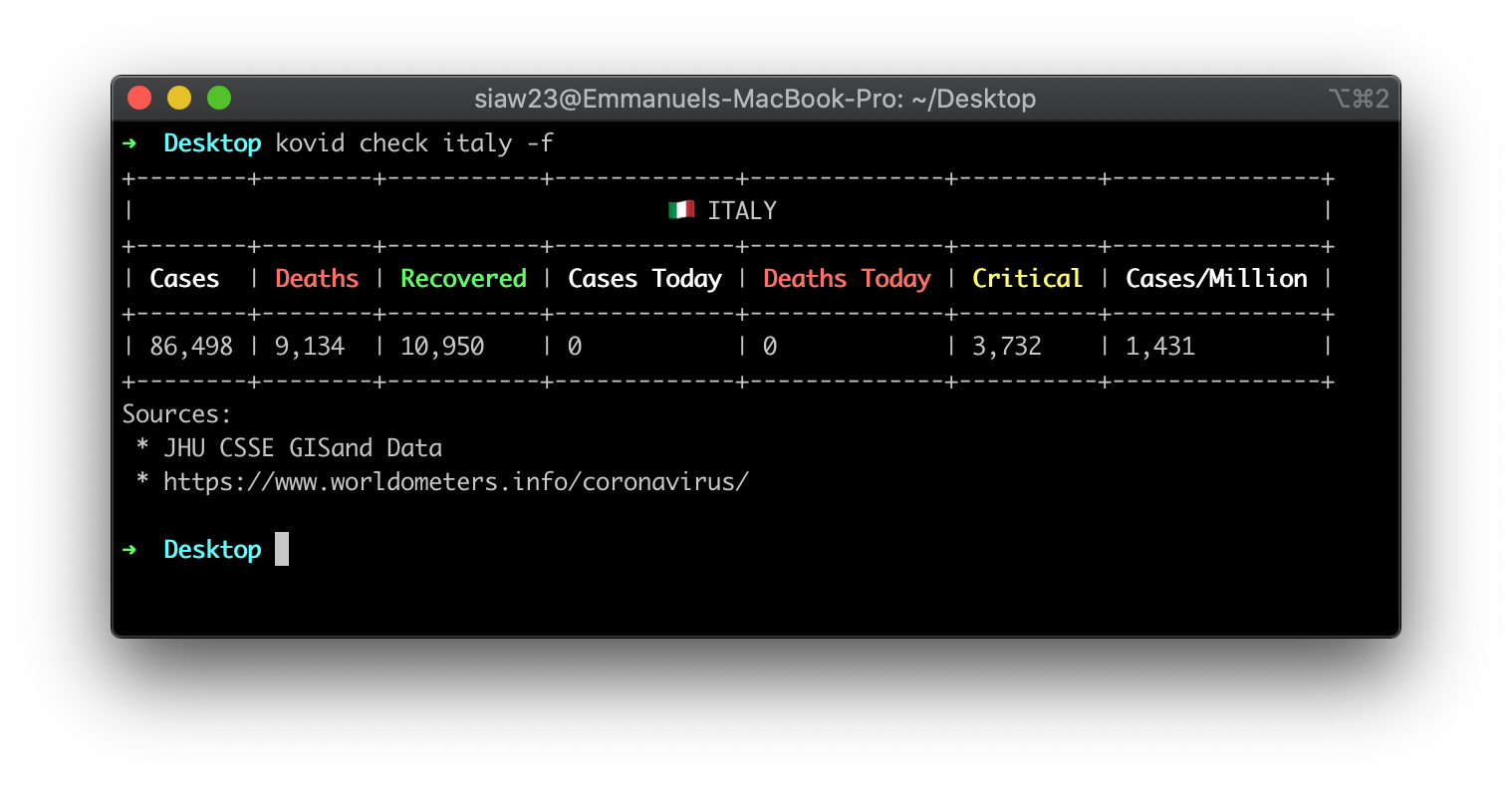 To compare a countries stats with a full table: 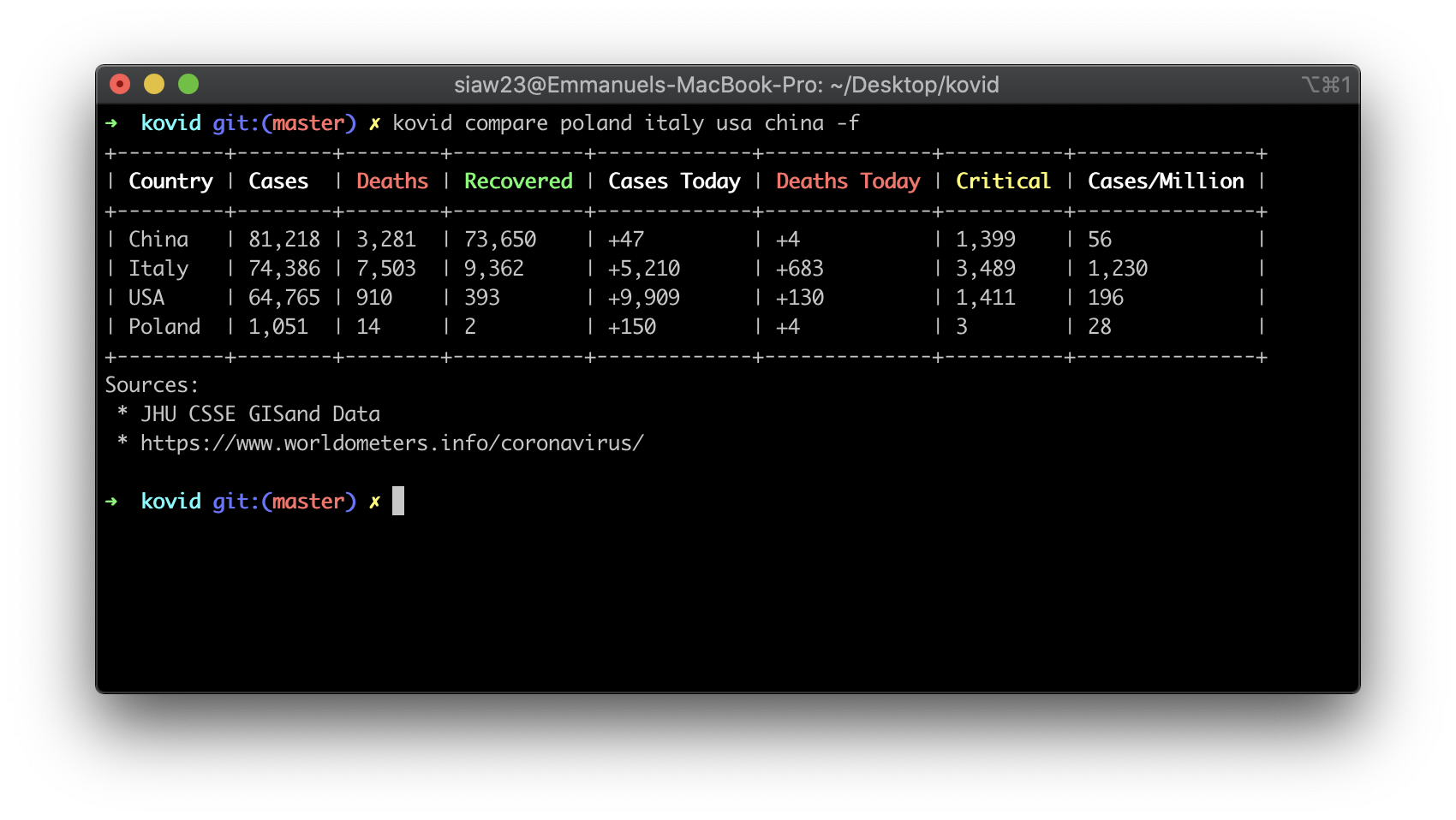 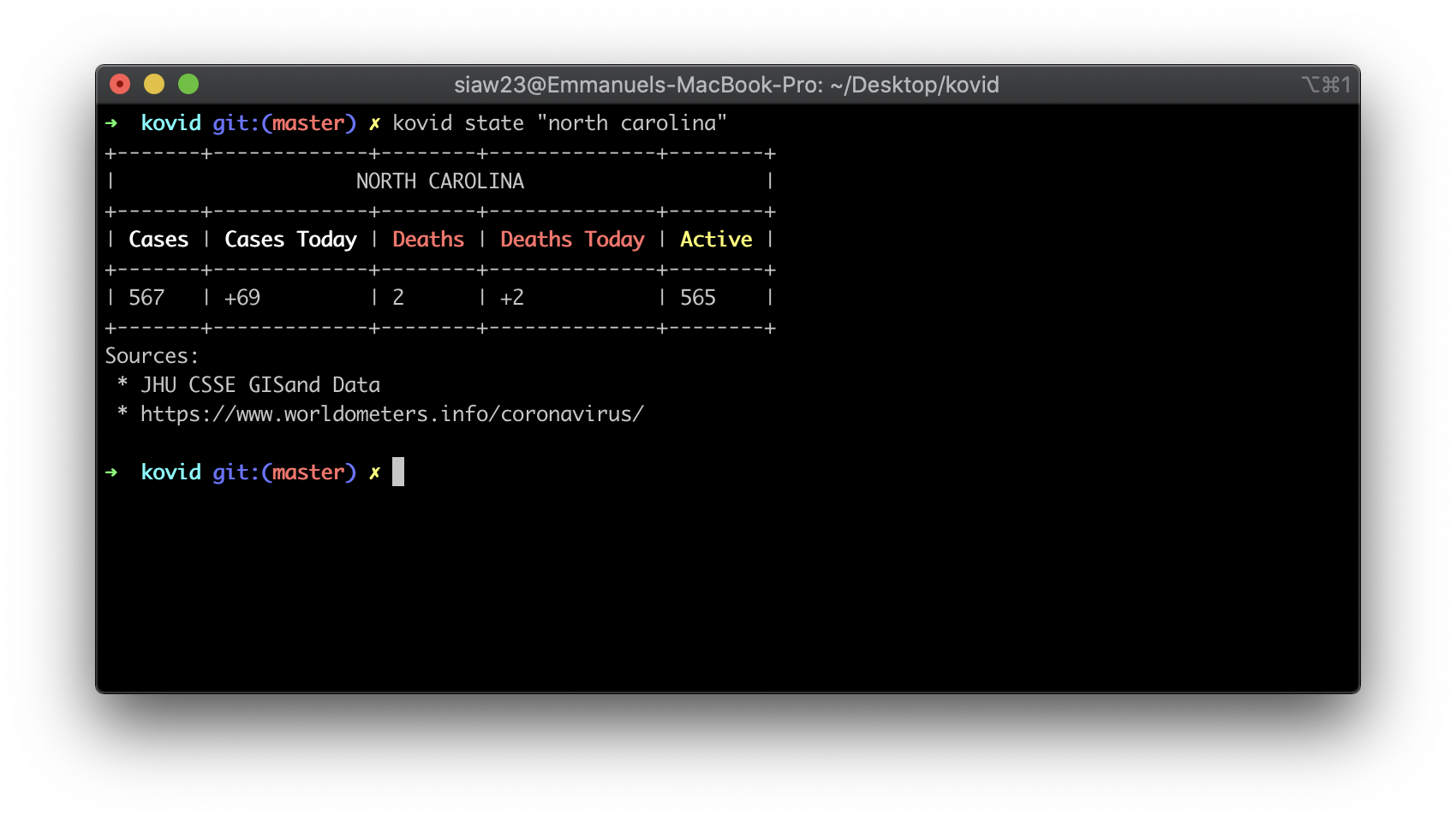 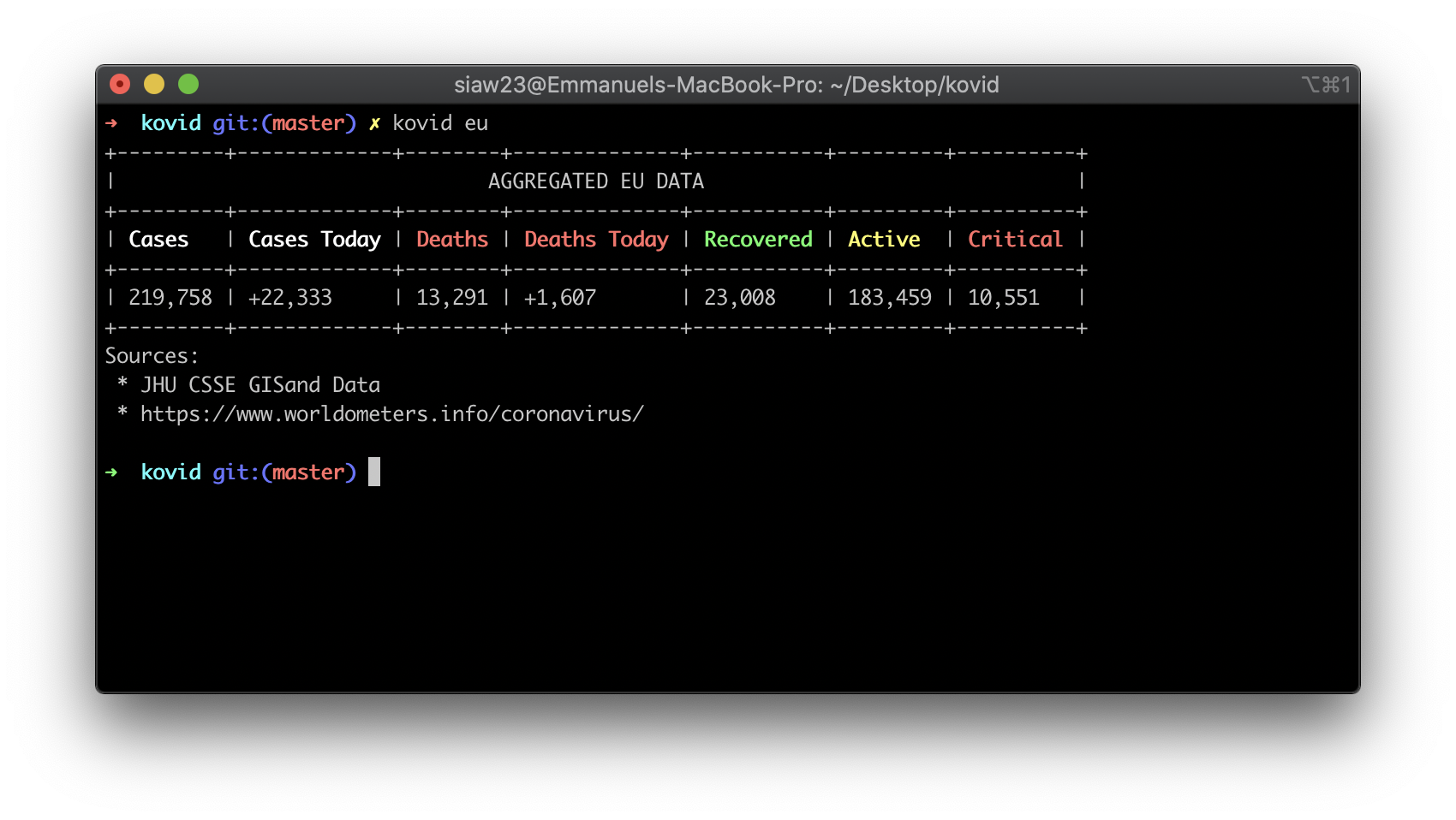 To fetch data on Africa: 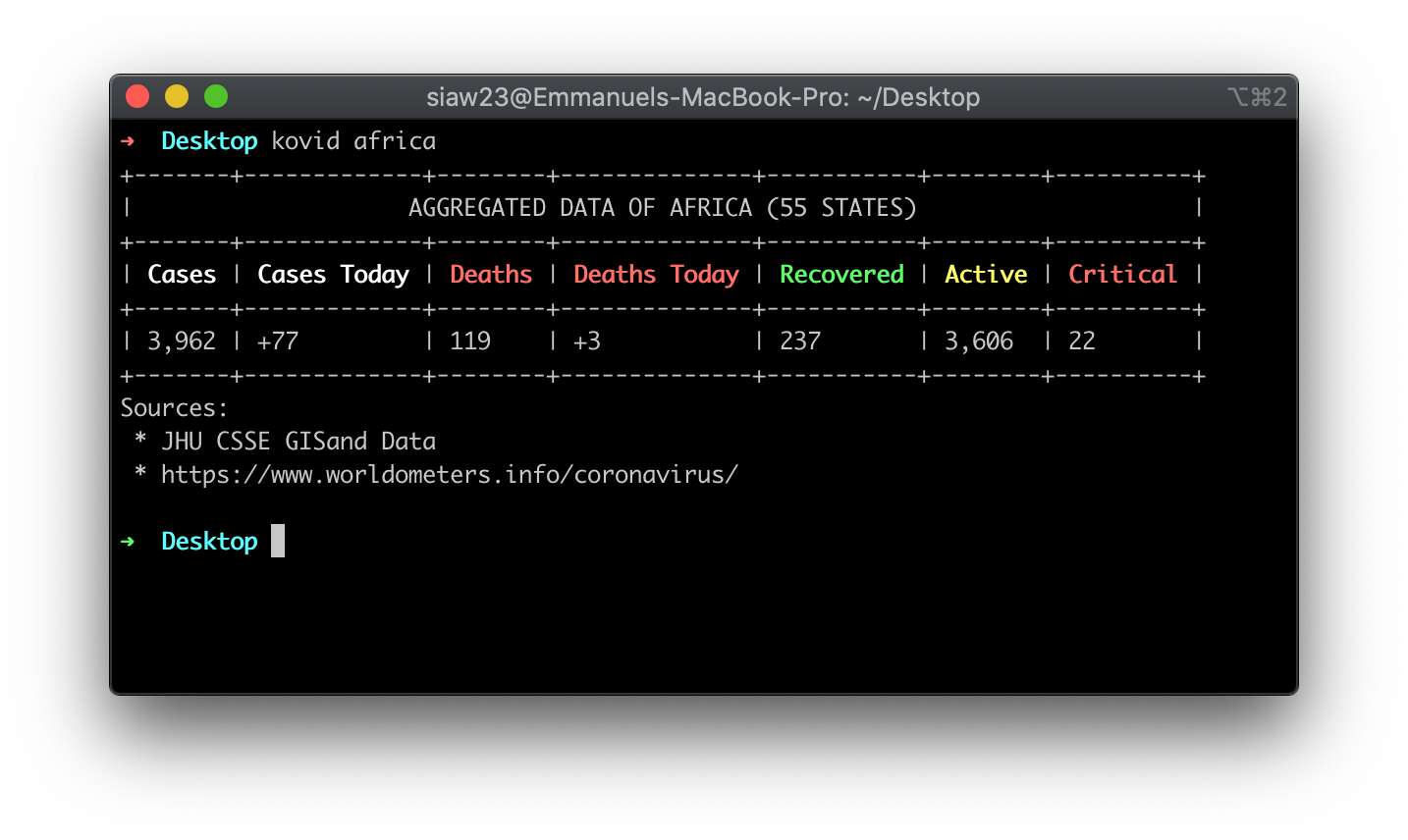 You can check historical statistics by running 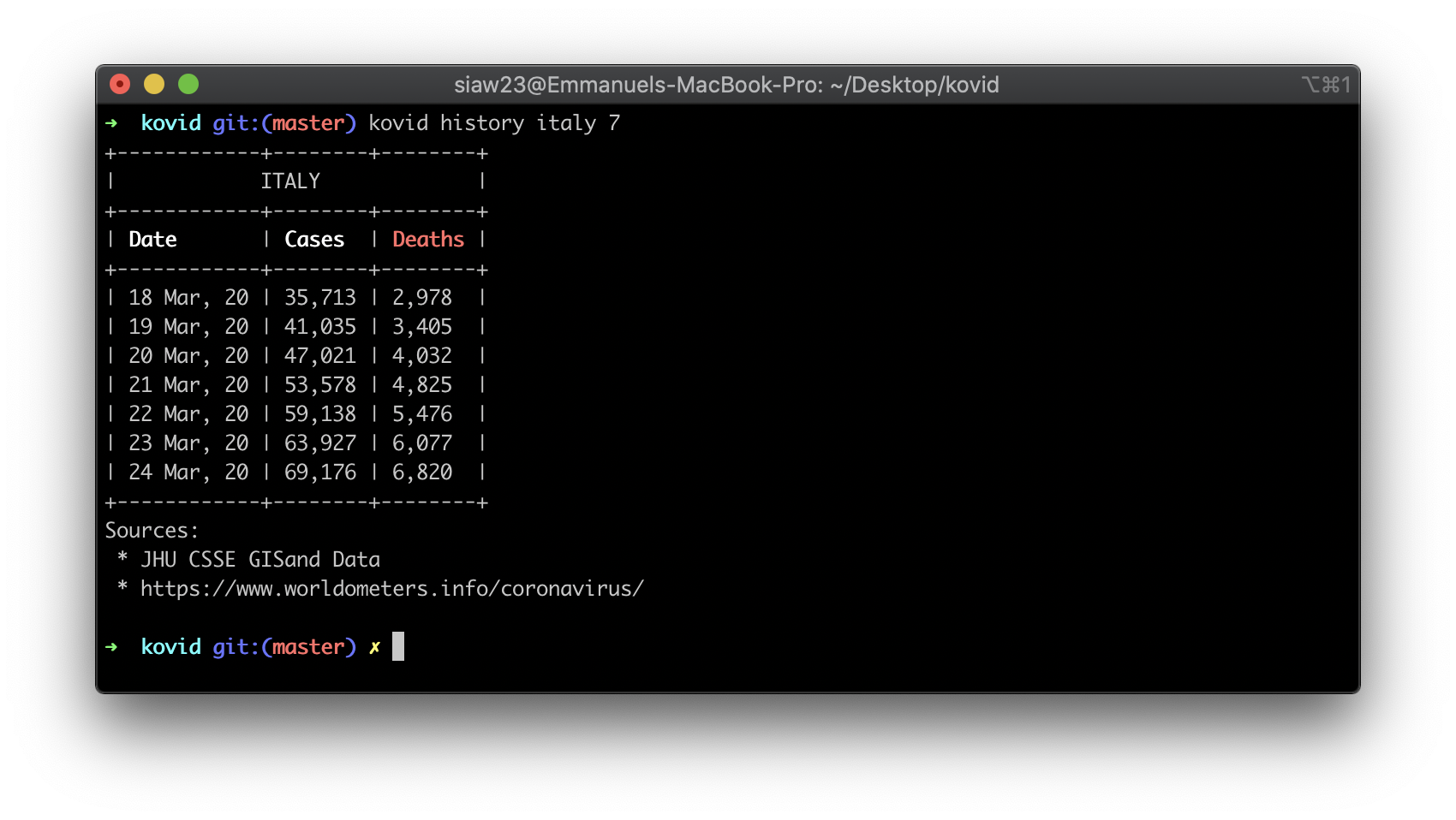 To check for total figures: 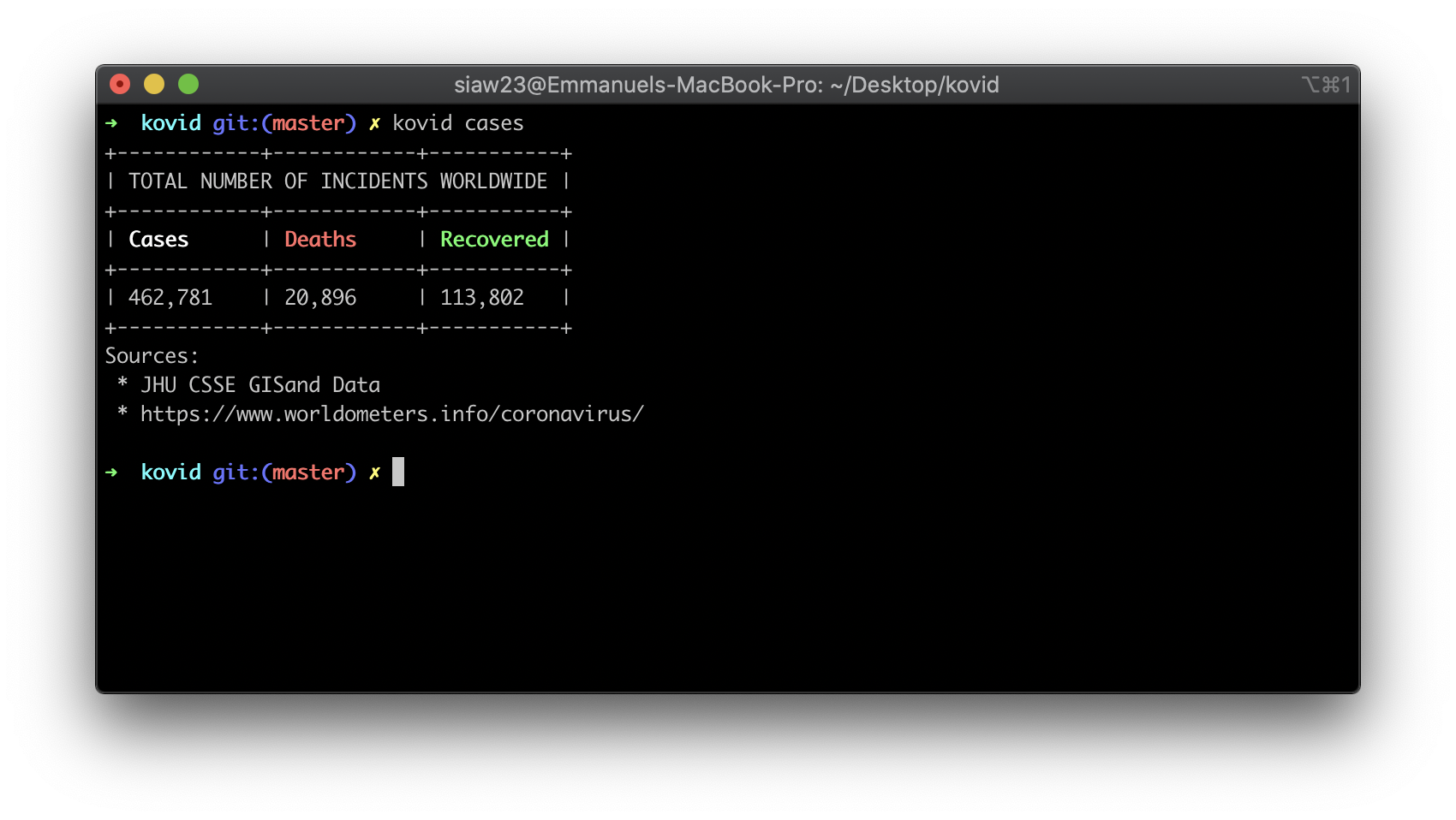 kovid histogram italy 3.20 tries to build a histogram on number of cases. In the example here 3.20 is date in the format of M.YY. If you can please play with it and report issues on how this could be improved. 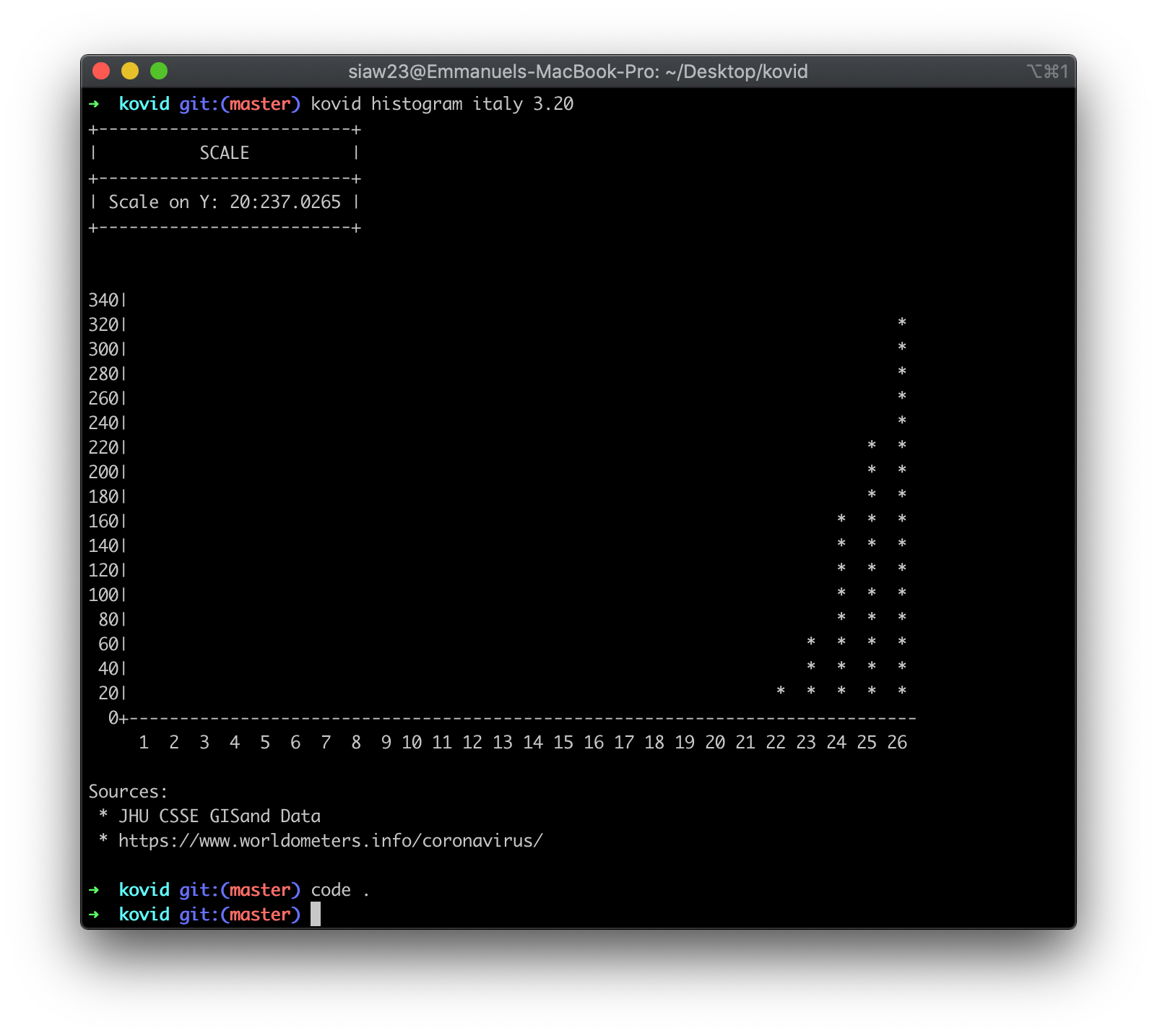 After checking out the repo, run bin/setup to install dependencies. Then, run rake spec to run the tests. You can also run bin/console for an interactive prompt that will allow you to experiment.

To install this gem onto your local machine, run bundle exec rake install.

There are multiple areas in this repo that can be improved or use some refactoring(there's a lot to be refactored in fact!). For that reason, bug reports and pull requests are welcome! This project is intended to be a safe, welcoming space for collaboration, and contributors are expected to adhere to the code of conduct.

The gem is available as open-source under the terms of the MIT License.

Everyone interacting in the Kovid project's codebases and issue trackers is expected to follow the code of conduct.


*Note that all licence references and agreements mentioned in the 🦠 Kovid README section above are relevant to that project's source code only.