Based on the "Cloud" category.
Alternatively, view Fog alternatives based on common mentions on social networks and blogs.

Do you think we are missing an alternative of Fog or a related project? 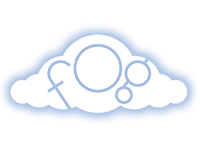 fog is the Ruby cloud services library, top to bottom:

Currently all fog providers are getting separated into metagems to lower the load time and dependency count.

If there's a metagem available for your cloud provider, e.g. fog-aws, you should be using it instead of requiring the full fog collection to avoid unnecessary dependencies.

'fog' should be required explicitly only if the provider you use doesn't yet have a metagem available.

The easiest way to learn fog is to install the gem and use the interactive console. Here is an example of wading through server creation for Amazon Elastic Compute Cloud:

A high level interface to each cloud is provided through collections, such as images and servers. You can see a list of available collections by calling collections on the connection object. You can try it out using the fog command:

Some collections are available across multiple providers:

As an example, we'll try initializing and persisting a Rackspace Cloud server:

Many of the collection methods return individual objects, which also provide common methods:

As you might imagine, testing code using Fog can be slow and expensive, constantly turning on and shutting down instances. Mocking allows skipping this overhead by providing an in memory representation of resources as you make requests. Enabling mocking is easy to use: before you run other commands, simply run:

Then proceed as usual, if you run into unimplemented mocks, fog will raise an error and as always contributions are welcome!

Requests allow you to dive deeper when the models just can't cut it. You can see a list of available requests by calling #requests on the connection object.

It will return an excon response, which has body, headers and status. Both return nice hashes.

Go forth and conquer

Play around and use the console to explore or check out fog.io and the provider documentation for more details and examples. Once you are ready to start scripting fog, here is a quick hint on how to make connections without the command line thing to help you.

geemus says: "That should give you everything you need to get started, but let me know if there is anything I can do to help!"

Fog library aims to adhere to Semantic Versioning 2.0.0, although it does not address challenges of multi-provider libraries. Semantic versioning is only guaranteed for the common API, not any provider-specific extensions. You may also need to update your configuration from time to time (even between Fog releases) as providers update or deprecate services.

However, we still aim for forwards compatibility within Fog major versions. As a result of this policy, you can (and should) specify a dependency on this gem using the Pessimistic Version Constraint with two digits of precision. For example:

This means your project is compatible with Fog 1.0 up until 2.0. You can also set a higher minimum version:


*Note that all licence references and agreements mentioned in the Fog README section above are relevant to that project's source code only.